The flush mounted mooring whip bases should be located opposite the attachment point on the tender/Jetski. Ideally at opposite ends of the Tender / Jetski (i.e. bow and stern).

The further apart the attachment points are, the better. It is advisable for the poles to be pointing towards the Tender / Jetski at 90 degrees.

Whips arrive in two halves, which can, if required, be epoxied together. However, if is common to leave these loose to enable easy storage.

Please note, it is important to align the end of the whip and the cleat when assembling.

Do not be afraid to bend the poles. The more bend in the pole the more resistance you will get between the Yacht and Tender / Jetski, however do prevent 'over-bending' which will damage the whip pole.

If you decide you want to permanently bond your whip poles pieces together we would suggest using epoxy adhesive such as Isobond from Silcomin, Sparbond from Gurit or a methulacrylate like an SAF or Plexus.

Two breast lines and two spring lines must be used, it is highly beneficial to use bow and stern springs to stop too much fore and aft movement. Adjusting the line so they are taught when the whips are on the tender/jetski will keep it in a stationary position, this will also keep the whip poles from bending sideways. The aim is to keep the tender/jetski perpendicular to the poles/ attachments points at all times. The breast and spring lines should be at a length that holds the tender/jetski a minimum of 1.8 metres away from the yacht/dock/gunwhale. 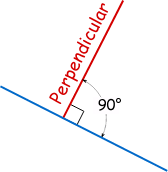